Fast Fact:
Today, ISIS holds a fair amount of territory in both Iraq and Syria — about the size of Belgium. 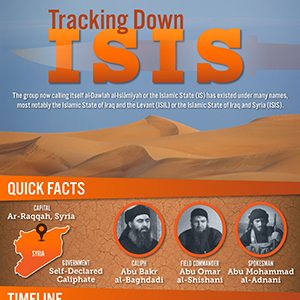