A look at the growth trends in security spending both by individuals, companies and government over time.

From times immemorial man has traded goods for protection, paid tolls for passage, and maintained security through a number of arrangements that could be termed a security economy. In recent years–spurred by the perception of rising crime, terrorist attacks, and the increasingly global scale of business–governments, corporations, and individuals have created a massive security economy.

The security economy is made of services that sell safety from life, property, and information threatening events.

Perhaps the largest driver in the growth of the security economy is the United States’ War on Terror. Since 9/11, security spending to combat terrorism has ballooned to a behemoth scale. A Washington Post report from 2010 notes that there are an astounding 1,271 government organizations, and 1,931 private companies working on programs related to counter-terrorism, homeland security, and intelligence. Of those workers, 854,000 hold top-secret clearances. 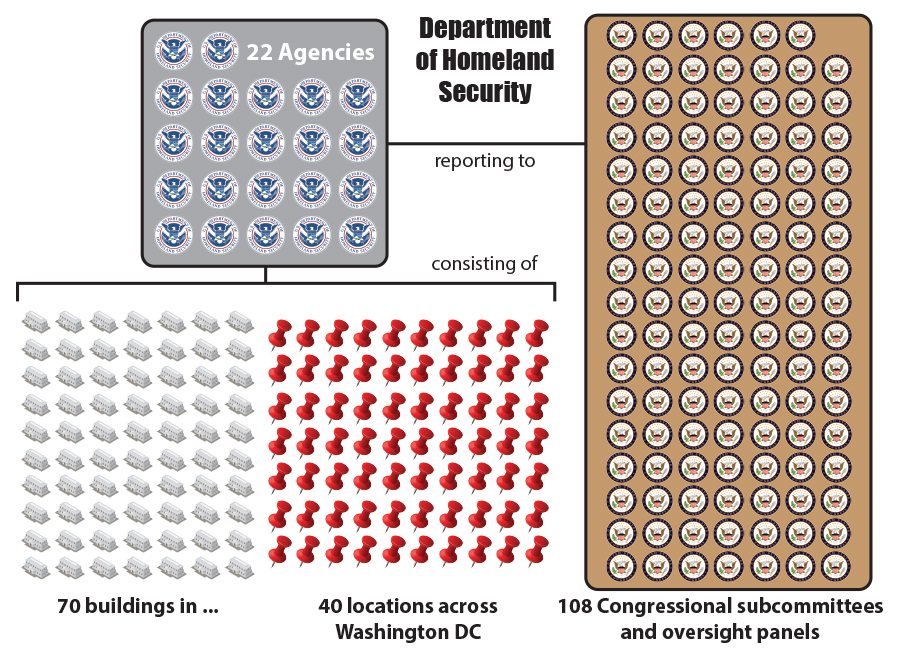 Though the War on Terror has resulted in the capture or killing of many high-profile terrorist suspects, the efficiency of spending on such a scale is doubtful. Roughly 3,000 Americans have lost their lives to terrorist attacks in the past decade. For each American victim of a deadly terrorist attack, the US spends roughly $500 million. With two wars costing upwards of $6 trillion, and a proposed $56 billion increase in defense spending for 2015, the cost per live’s protected starts to look suspect. Regardless, it’s all the better for the growing security economy.

The scale of private contractor use in the War on Terror is unprecedented, and has led to the creation of many boutique defense contractor firms who hire out everything from support units to ex-special forces troops. With the withdrawal from Afghanistan beginning in 2013, over 110,000 private contractors remained in defense roles. At that point outnumbering U.S. troops by 40,000. With the current insurgency claiming large portions of Iraq, there are only a few hundred U.S. troops still on the ground. Yet over 5,000 defense contractors are on hire by the Iraqi government.

Similar to terrorism, cyber warfare shows the major distinction between 21st century security threats and the threats of previous centuries. Advanced technology allows small technically proficient groups the ability to undermine the security of larger organizations. Much like guerrilla tactics in former military conflicts, large established forces of systems-security analysts can’t know who they are being attacked by, and from where they are being attacked. There’s a jungle of technology out there, and those who know how to exploit it best are often mercenary.

To be clear, cyber warfare involves state-sponsored hackers who attack the computers or networks of sensitive resources within another nation. Sensitive resources can include military, defense, and weapon manufacturers, power grids, and –perhaps scariest–economic sectors (an example of which could be shutting down stock markets, or major e-commerce sites). As it’s often unclear who exactly is responsible for attacks, the “state-sponsored” criteria for cyber warfare is often hard to pin down. For this reason Eugene Kaspersky (founder of Kaspersky Lab, for which the anti-virus software is named) concludes that “cyberterrorism” is a more accurate term. Regardless of what you call it, the 21st century has seen a massive influx of both cyber attacks and increasing cyber-defense infrastructure. 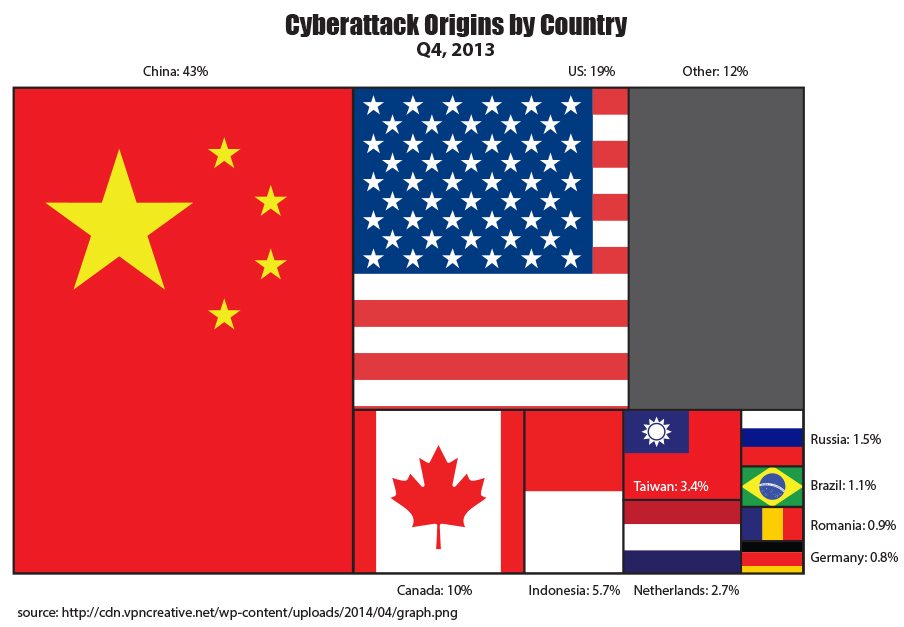 As seen in the graphic above, there are but a few large-scale players in the cyberwar game. Starting 2014, 43% of attack traffic online began in China, with only 19% originating in the US. The above information is based on the location of IP addresses from which attack traffic originated, a measure that can be tricked by hackers, but it still provides a glimpse into who the largest players are. To see a live look at DDoS attacks worldwide, check out the linked graphic.

Over the last decade and a half, the emergence of a global economy has also pushed risk management–in a more general sense–to the forefront of business decision making. 9/11 reinforced fear of terror and the need to ensure personal safety into the spotlight of western media and thought. The recession that followed throughout much of Europe and the US showed that even our hallmark industries can misjudge the need for structural changes, and fall into bankruptcy. Meanwhile an increasingly global economy raised the bar of competition higher than ever. In previous years, the quality of a product set it apart from it’s competition. Today, businesses from around the globe provide equally high quality products. What sets them apart is their ability to mitigate risk (local, and global), and ride out tough times. 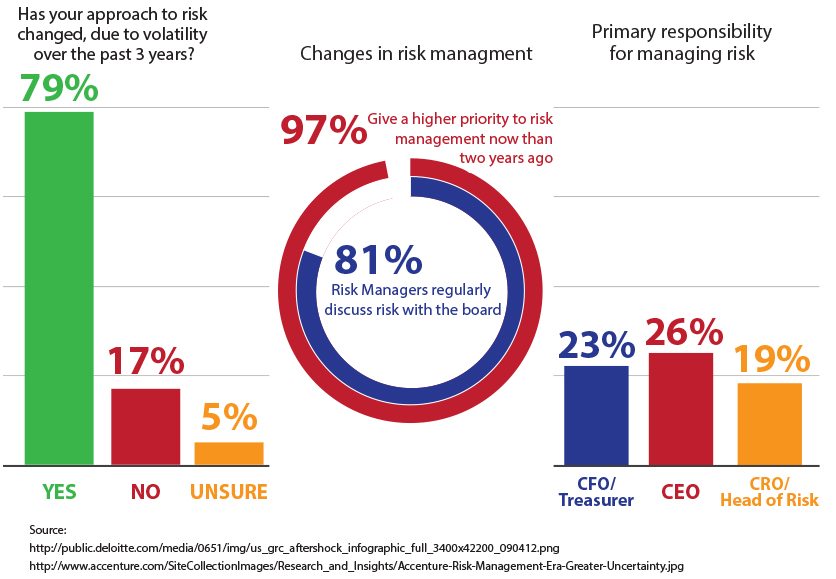 The International Organization of Standardization (ISO) provides one of the most widely used risk management terminologies. While criminal harm as outlined in previous sections on other aspects of security economy can be processed by risk management principles and methods, risk management also tackles many of the structural problems that led to the downfall of companies such as Merrill Lynch, AIG , Washington Mutual, Lehman Brothers and Arthur Andersen during the recession. The insane race for growth that led to the sub prime mortgage crisis is answered by two of ISO’s top risk management principles: (1) create new value (even at the expense of short term growth), and (2) be dynamic, iterative, and responsive to change.

The ISO method for risk management includes the following steps.

While that may seem somewhat abstract, the rise in risk management in business thought goes hand in hand with the massive movement in security spending. After all, what else is the protection of a businesses’ future than the safety of property, information, and even life from threatening events?