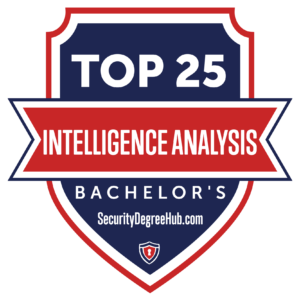 Individuals who are interested in pursuing an intelligence analysis career need to find a degree program that will offer them the skills they need to perform at the highest possible level. National security depends on how well the intelligence analysts do their job. With that being said, intelligence analysis career opportunities are available to those who meet or exceed the expectations that have been set for them. Being able to work in this highly stressful environment requires dedication to detail and a firm resolve to protect our country from any type of threat.

Students who are considering a career in intelligence analysis want to know their degree will pay off. That’s why Security Degree Hub editors focuses their rankings on accredited, reputable colleges and universities. All programs are ranked according to their cost, potential salary, and student satisfaction, using current information from IPEDS and Niche.

The Bush School of Government & Public Service at Texas A&M University offers a practitioner-based learning methodology with its bachelor’s degree in Intelligence as an Instrument of Statecraft. Texas A&M University’s best degrees for intelligence analysis include classes in the art of counterintelligence, national security law, terrorism in today’s world, human intelligence, and advanced analytical tradecraft, to name a few. More than 275 students have graduated from Texas A&M’s intelligence studies degree programs. 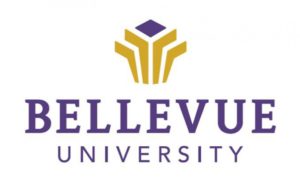 Bellevue University offers a BS in Intelligence and Security Studies that requires students to complete a total of 127 semester units to graduate, of which the major in intelligence requires 36 major classes plus 54 credits of electives. Bellevue University’s best degrees for intelligence analysis includes classes in ethical controversies in security & intelligence, introduction to geostrategy, essentials in strategic thought, and radical religion and political extremism, to name a few. Students can opt for a sub=specialization in comparative politics and international relations.

Embry-Riddle Aeronautical University offers one of the best degrees for intelligence analysis with its BS in Global Security & Intelligence Studies (GSIS). Students enrolled in Embry-Riddle Aeronautical University’s baccalaureate degree in intelligence offers three academic tracks from which to select – the security operations management track, the integrated security & intelligence track, and the Chinese Track where student spend a summer in China during their sophomore and junior years. This undergraduate intelligence degree program requires students to complete 122 semester credits to graduate.

The Citadel offers a BA in Intelligence and Security Studies (ISS) that is among the best degrees for intelligence analysis. Students who have already complete at least 24 semester credits may apply for this completion degree program, which can be completed entirely online. Students explore the many aspects of global and national threats present to US security forces while employing tactical and strategic analysis.

The Citadel (full name The Military College of South Carolina)l was established as a senior military college in 1842 by the state’s legislative body. Citadel’s campus in Charleston is home to approximately 3,550 students. The Citadel is ranked among the best colleges for veterans. The student body at the Citadel is recognized as one of the biggest uniformed bodies in the nation.

Sam Houston State University offers two of the best degrees for intelligence analysis in Texas, offering both a BA or a BS in Security Studies. The primary difference between the two intelligence analysis degrees is the BA’s requirement to complete additional credit hours in a foreign language of their choice. Classes for this major in security studies include border security, introduction to cybersecurity, global terrorism, transportation security, homeland security, public health in homeland security, and water security, to name a few. This undergraduate degree from Sam Houston State University can be completed as a hybrid program or on-campus.

Program: BA or a BS in Security Studies

11. University of Texas at El Paso

The University of Maryland Global Campus offers a BS in Homeland Security that is considered among Maryland’s best degrees for intelligence analysis. Students are mandated to complete 120 semester credits, of which 90 eligible credits may be transferred. Classes for the University of Maryland’s online degree in homeland security include homeland security and intelligence, strategic planning, public safety policies & leadership, legal & political issues, and public safety research, to name a few. Degree candidates have the option to complete coursework that may reduce their master’s degree requirements in homeland security.

Angelo State University offers two of Arizona’s best degrees for intelligence analysis with its Bachelor of Security Studies (BSS) in Intelligence and Analysis and its Bachelor of Intelligence and Analysis (BIA). Angelo State University’s BSS degree requires the completion of 120 semester units, whereas the BIA degree requires the completion of 124 semester units. Students explore the existing relationship between national security and intelligence, researching policy making, planning, Constitutional issues, and the rule of law, among others.

York College of Pennsylvania was established as an academy in 1787. York College’s campus is home to approximately 5,450 students. York College has an impressive career placement rate of 90%. Highlight -Barron’s recognizes York College as a best buy school on the eastern US coast.

Norwich University offers a BS in National Security Studies that can be completed entirely online. Norwich University’s best degrees for intelligence analysis allow students to transfer up to 90 eligible semester credits. This program in national security studies requires students to enter the program with a minimum of 30 credits. The typical student completes this program in about 1.5 years. Students explore their studies in traditional classrooms, field studies, and a culminating capstone project. Field Studies options include infrastructure studies, geographic studies, and cultural and anthropological studies.

Norwich University (Norwich) was established in 1819. The school’s rural campus in Northfield is home to approximately 3,250 students. Norwich University holds the distinction of being the oldest of the six military colleges in the nation as well as the birthplace of the Reserve Officers Training Corps. 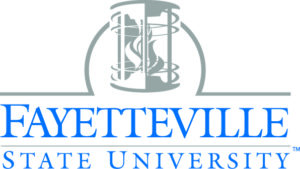 King University is an evangelical higher learning institution that was established in 1867. The school’s wooded-acre campus just outside of Bristol covers more than 120 acres and serves more than 2,850 students. King University operates several campuses in Knoxville and Kingsport, plus additional satellite facilities in Tennessee and Virginia.

Utica College offers a BS in Criminal Justice with an academic concentration in Homeland Security that is ranked as one of the Empire State’s best degrees for intelligence analysis. Students enrolled in Utica College’s intelligence analysis degree program will take classes in homeland security and counter-terrorism, and emergency management, among others. Most degree candidates complete Utica College’s bachelor’s degree in criminal justice in about 3.5 years (120 credits) by taking one class as a full-time or a part-time student. The specialization in homeland security requires the completion of 12 credit units from that curriculum.

The University of Akron offers a BS in Criminal Intelligence Analysis that is ranked as one of Ohio’s best degrees for intelligence analysis. Degree candidates must finish a minimum of 120 semester units to graduate, including an internship. Classes for Akron’s baccalaureate degree in intelligence analysis includes policing theory & strategy, methods of social research, geographic information systems, GIS Database design, crime analysis applications, advanced topics in research, foundations of crime analysis, and spatial analysis, among others.

The University of Akron (Akron) is a STEM-focused institution of higher education that was established in 1870 as Buchtel College. The university’s campus in Akron is home to about 17,900 students. The University of Akron operates, in partnership with the Smithsonian Institute, the Archives of the History of American Psychology.

Why Should I Get a Degree in Intelligence Analysis?

Getting a degree in intelligence analysis is a great way to secure your future if you like working with data systems that evaluate information that involves security, law enforcement, and the protection of our country from both external and internal threats. Individuals who are interested in this line of work should have a passion for investigating and uncover hidden information that may lead to security breaches or threats. Protecting national security involves using the highest technology and advanced skills that allow analysts to identify and track any type of potential threat.

Degrees in intelligence analysis allow graduates to pursue employment with the federal government or private security agencies. They are able to take the skills they have learned and work with several government agencies to uncover potential threats to national security as well as create new protocols and guidelines that can be used to tighten security in government offices and in high-profile areas where attacks are possible. Intelligence analysis is a highly-complex career that is driven by the need to protect our country. Individuals who have a passion for this kind of work can find themselves open to new opportunities on many levels.

What Does an Intelligence Analyst Do?

An intelligence analyst performs several tasks when it comes to securing information and protecting our country. Identifying potential threats take many forms. Not only must physical threats be monitored, digital ones as well are becoming more dangerous as well. Cyberattacks can be much harder to detect and require a level of technology that was unheard of even ten or twenty years ago. Having the skills and knowledge that is needed to navigate these types of cyber activity is a must. Experience earned through actually working with these systems will make an intelligence analyst an invaluable asset to both our federal government as well as private security companies.

Another job of an intelligence analyst involves creating powerful strategies that can be used if a threat is detected or a breach actually occurs. Once a graduate has the knowledge to identify potential threats and security risks, they must also learn how to create effective strategies that can be used to neutralize that threat and maintain the highest possible security protocols. As an intelligence analyst, one of the most important aspects of their job is to not only identify any threat but find viable protection mechanisms that can be used to minimize that threat and reduce any possible risk it may cause.

Intelligence analysts can work between both the public and private sector sharing important information that enhances national security and prevents our country from being attacked. Attacks take many forms and are not always military in nature. Understanding the different types of threats that can compromise national security is extremely important when it comes to securing our borders and protecting our interests both domestic and abroad.

How Much Can I Make with a Degree in Intelligence Analysis?

We live in a digital age where much of the information we use is now in a digital format. Being able to identify potential threats, either in the cyber world or the physical world requires a level of skill that takes years to attain. Earning a Bachelor’s or Masters’ degree is the best way to ensure that a graduate has the skills and talents they need to make a lucrative career in the intelligence field. The more experience and education an intelligence analyst has, the higher their earning potential will be. The will also be offered more responsibilities as they continue to gain experience.