To say that people are employed in armed security jobs can mean a lot of very different things. The responsibilities these professionals have vary widely, as does the training that is required to perform the jobs as well as the requirements of their employers. These protection specialists are everything from those who are paid by small private firms and who may be armed to protect certain persons and property all the way up to highly paid professionals who are paid large sums of money to protect important people and large amounts of money and property. This article is a guide to all of the levels of people who are in this category.

Armed security jobs help protect individuals, but before anyone considers this as a possible career path, he or she should understand how in-demand this job is. This ensures when a person searches for armed security guard jobs that there’s job potential once a person receives the necessary training. Additionally, it’s important for people to consider where these jobs are since most people will want to look for armed security jobs near me. For those who want to work in security management, a degree in security studies may be important.

According to the Bureau of Labor Statistics (BLS), careers in security are supposed to grow from 2018 until 2028 by four percent. This is about as fast as the average job. While this doesn’t sound like jobs in armed security are going to increase in demand over the next decade, it does show that armed security jobs will still be in demand in the future.

An armed carrier, also known as an armored driver or armed courier, is the individual who delivers confidential documentation, goods, or currency from one location to another. Sometimes, the goods are gold or jewelry. This particular individual may deliver currency for a financial institution. This individual may work for retailers or government agencies. An armed carrier is responsible for delivering the items or money safely.

This is one of the highest paying armed security jobs because of the importance of the items or data a person has to transport. It classifies among the other high paying armed security jobs, so it has stringent requirements for who may obtain a position. For instance, in addition to have a driver’s license in good standings, possibly a commercial driver’s license, an employer may prefer to have an individual who is at least 21 years of age. Those interested in this job will need to pass a criminal background check and usually a drug screening. Since a person must be trustworthy when handling valuable goods, the hiring process may consist of a credit check. 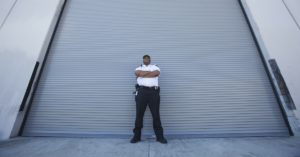 Armed security specialists are another one of the highest-paid armed security jobs. An armed specialist has the responsibility of protecting either people or possessions from theft or loss. This person earns the ability to carry a firearm or at least have access to one for protection of him or herself as well as others. To obtain the licensure to carry a firearm, this person must go through additional training outside of general job training. This particular person puts him or herself at risk, which is why it is one of the high paying armed security jobs.

During the course of the workday, this individual may have to patrol an area either in a vehicle or on foot. The individual is looking for suspicious activity. Often, this is the person who gives permission to individuals to enter a property. This person may need to report any incidents to the owner or another person in charge of the establishment’s affairs. Sometimes, an armed security specialist provides assistance to customers, visitors, employees, or anyone else legally allowed on the premises. 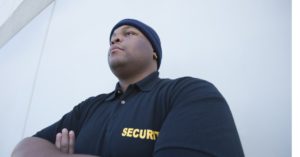 Basic security officers make the list of highest-paid armed security jobs, and it doesn’t require an extensive amount of education. A person may earn their high school diploma or its equivalent and enter into this field. Therefore, the individual doesn’t have any student loan debt to repay, which is one reason why this is one of the highest paying armed security jobs. 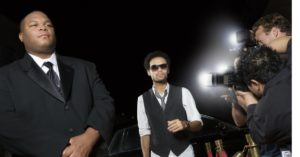 A bodyguard is an individual who is in charge of protecting another individual. Often, this type of security guard protects wealthy individuals, celebrities, or public officials. For instance, a bodyguard may protect a governor or other head of the government. Sometimes, these individuals work in a group. Bodyguards may earn the benefit of getting to travel along with the high-profile individual. It’s possible that this person may need to drive an armored vehicle.

Since this can be a risky position, it’s one of the high paying armed security jobs. This job is highly dangerous because crazed fans and even those who are completely against the high-profile individual could potentially harm him or her. Sometimes, the behavior people exhibit who get around celebrities and other well-recognized individuals is unpredictable. 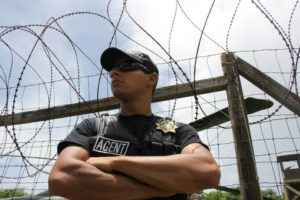 Bounty hunters weren’t considered to be part of official law enforcement until 1873. Today, they still have a similar job as the olden days in the Wild West; they capture criminals for a bounty, which is a sum of money. Nowadays, they’re usually known as bail enforcement agents, and they retrieve people who try to jump bail.

This is one of the highest-paid armed security jobs, but it’s a dangerous one. A person doesn’t really know what a criminal is going to do once he or she apprehends the criminal. In many cases, they wear a bullet-proof vest to keep safe. This individual tends to carry a two-way radio to communicate with other bail enforcement agents or the head of the operation. While many of them carry a firearm, they might also carry tasers, pepper spray, and batons for protection. Although this is one of the highest paying armed security jobs, this individual usually receives a commission as opposed to a salaried or hourly pay. The amount is based on the amount of bond the person is skipping out on. 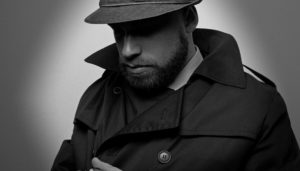 Individuals who become private detective or investigators perform surveillance on potential criminals or those who might be committing fraud. They may get involved in evaluating individuals for personal matters as well. Sometimes, the private investigator or detective is the person who investigates computer crimes or searches for missing people. Some other responsibilities of this job that classifies as one of the highest paying armed security jobs include interviewing people, gathering evidence, and searching through court records.

As one of the high paying armed security jobs, individuals who decide to become a private detective or investigator earn a median pay of $50,090 per year, which is the same as $24.08 per hour. Generally, a person only needs to have a high school diploma or its equivalent. However, it could benefit a person to earn an associate’s or bachelor’s degree in criminal justice. However, a person who wants to partake in one of the highest armed security jobs may receive on-the-job training. A person may need to obtain certain licensure to work as a private investigator or detective. Often, the individuals who take on roles in this field retire from federal intelligence, the military, or law enforcement. It’s also possible that someone who was once a claims adjuster, paralegal, process server, or account collector may desire to pursue this career path. 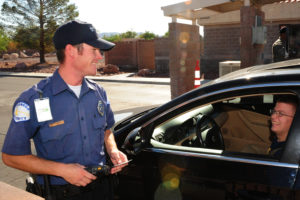 A private police officer made the list for the highest-paid armed security jobs. Individuals who pursue this career have similar responsibilities to a regular, government-hired police officer. However, these individuals work for a company that’s controlled by a non-government organization. Police officers who have employment not through the government may take on one of the high paying armed security jobs. It could be beneficial for off-duty officers to take on this role. 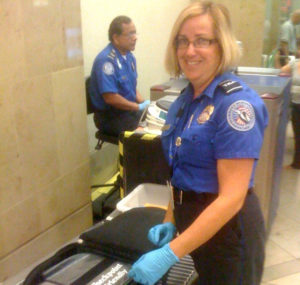 A screener has the responsibility of using an X-ray machine to evaluate a person’s belongings. They may use a specialized handheld device to check a person’s body for metal. They also perform physical and visual searches. To obtain one of the high paying armed security jobs like this one, a person must be able to make quick decisions and have sound judgment. Often, a screener has to respond in the event of a crisis. 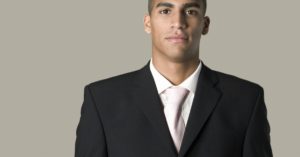 A security specialist position classifies as one of the highest paying armed security jobs. However, any position deemed as a security specialist is part of law enforcement. An individual who takes on this role benefits from one of the highest-paid armed security jobs and has the responsibility of protecting either information, property, or people. The person’s job may entail safeguarding data and securing computers in addition to information systems.

Although people don’t need to have a degree beyond a high school education to obtain a job in this field, many individuals who enter one of these high paying armed security jobs begin in the military and desire to remain employed in an aspect of law enforcement. Those who want to specialize in a particular area may want to obtain a degree in IT or cybersecurity.

Surveillance officers have some of the highest paying armed security jobs. Their responsibility is to provide surveillance for businesses. For instance, a person may be able to find the highest-paid armed security jobs as surveillance officers in casinos. A person may need to understand how to use video and audio surveillance equipment. The security officer will need to gain an understanding of what classifies as a violation for that particular industry or business. The person looks for illegal activity and needs to monitor an establishment for intruders.

Individuals may take on a role as a surveillance officer with only a high school diploma or GED. However, the minimum of an associate’s degree in a law enforcement-related major is preferred. These individuals may need to obtain certain training or certification through their place of employment.

Is There a Lot of Demand for Armed Security Jobs?

In 2018, there were 1.1 million jobs in security. The places that hired armed security guards most often were investigations and armored car services as well as healthcare and social services. When considering armed security jobs near me, a person needs to factor in where he or she lives. For instance, Washington DC, Nevada, Hawaii, New York, and Maryland have the most demand for this job. However, positions are available throughout the US, especially in areas where event security is a big industry (like tourist areas). People may even find part-time armed security jobs near me. However, people will find more full-time positions than part-time armed security guard jobs near me.

What Kind of Education Do I Need for an Armed Security Career?

It’s also important to understand other armed security job requirements, such as educational requirements. To obtain an armed security job, a person may want to consider earning either an associate’s or bachelor’s. Although there aren’t any specific armed security job requirements, individuals may want to consider earning a degree in criminal justice, security, or law enforcement. A criminal justice degree educates a person about how the criminal justice system works as well as a look at how the minds of criminals work. On the other hand, a security degree can prepare a person to handle issues related to security. Individuals may choose from different areas of security, such as security management or homeland security. The option of a law enforcement degree is beneficial as well because it gives students skills and education related to investigations and security.

When a person takes on a position within the government, they often receive the ability to learn about different scopes of practice that make the government. In other words, there might be room for cross-department learning opportunities.

Is Military Service a Benefit in Getting an Armed Security Job?