When searching for the best states for security careers, it is important to recognize that many of the preferred security jobs are those opportunities that come when working for some level of government. So, those interested in state government security work should refine their job search to include the best state governments to work for.

One of the main reasons government security jobs are preferred over those in the private sector is that government employment is generally recession-proof, which provides added job security.

Overall, the states noted below generally offer tremendous opportunities, so they are considered among the best states for jobs in security. 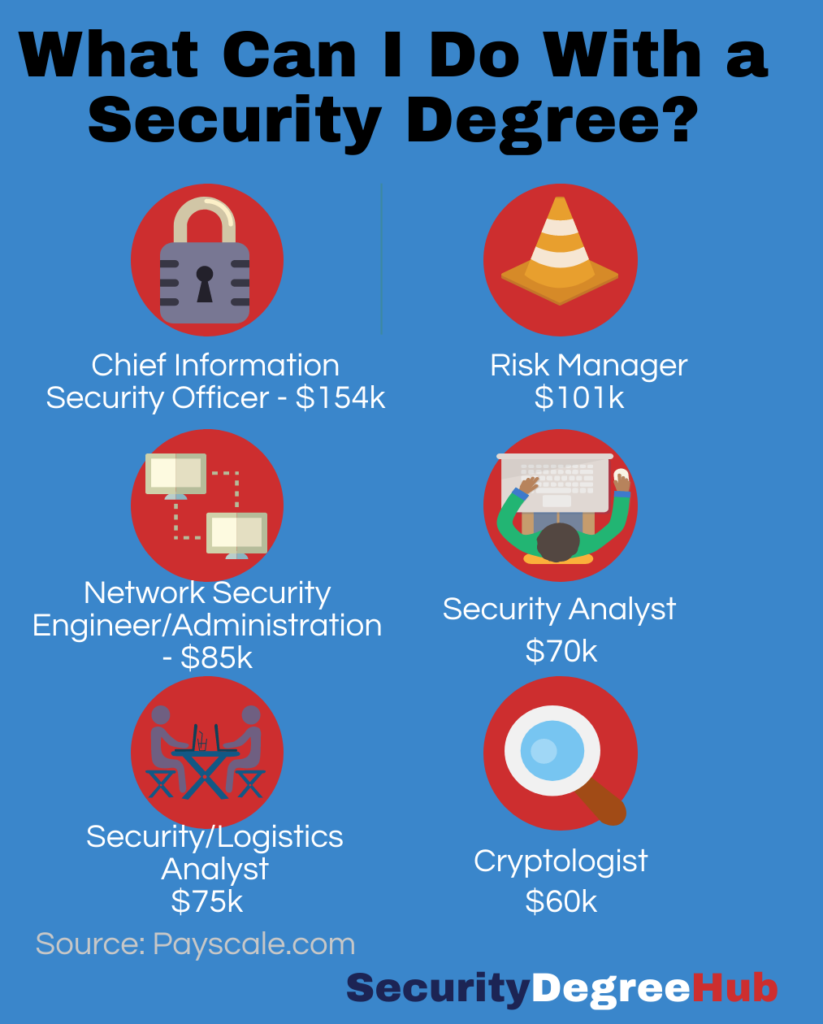 Security jobs in California run the gamut – from event staff to bodyguards or federal agents. Several hundred thousand individuals are employed in the security field in the Golden State, which is the reason why the state of California ranks among the best states for jobs in security.

Additionally, the state of California has a huge, disproportionate amount of high-profile celebrities, politicians, and international royalty, among others. The need to protect these highly visible citizens requires a great deal of human resources and security specialists. California’s coastal border is home to major port cities with a great need for protection and security against all kinds of threats.

The majority of security jobs in the Empire State are centralized in the NYC area. However, security specialists are also needed in the Albany area – the state capital and across upstate New York in the Buffalo area near the Canadian Border.

The Sunshine State offers security professionals many different career options. Florida’s coastline is more than 1,300 miles, which requires constant vigilance and watch for drug smugglers, among other illegal activities.

Additionally, the state of Florida is a prime entertainment playground that requires a strong presence of security professionals.

There are many different types of security and cyber security jobs available to those who are interested in this specific field. Because of your interest, you have probably asked yourself –

The good news is that security and cybersecurity jobs are available across a variety of paths to careers in the security field.

According to the statisticians at the federal Bureau of Labor Statistics (BLS), Information Security Analysts will find the best cities for jobs in security, based on the highest annual median salary for 2019, as follows –

Important Insights Regarding the Best Cities for Security Careers

The best cities for security careers where responsibilities include ethical hacking or penetration testing were in Seattle, Washington, and the greater metropolitan area of Washington, DC, which includes areas in Maryland, Virginia, and West Virginia.

New York City is often called the world capital for several reasons. The world’s largest and most influential stock exchange is located on the southern tip of Manhattan island. The many thousands of financial workers – managing billions and billions of dollars – creates a huge demand for security specialists.

New York City is known as the Big Apple and is also home to many dignitaries (think the United Nations) and celebrities (think Madison Square Garden, Broadway, Culture) that need round-the-clock security both physically and through the many digital vulnerabilities that may cause harm.

NYC is also a primary government, education, and medical hub of the world.

The greater metropolitan northern Californian area of San Francisco is often referred to as the technology/finance capital of the western United States. Given that reputation, it should come as no surprise that there are tremendous opportunities for those individuals interested in getting into the security information field.

And while most consider San Francisco’s cost of living to be high, salaries for security information professionals are in line with other technological-oriented security careers. Northern California is home to large tech conglomerates, health care companies, hospitals, and governmental agencies – all of which require security professionals to operate safely and efficiently.

The windy city of Chicago is recognized among the largest of business centers located in the central portion of the United States. Chicago’s population has an unusually high number of upper management Information Security Officers or Architects, with decision-making responsibilities.

Chicago is the headquarters for a number of Fortune 500 organizations that generate unusually strong demand for security and cyber security professionals and specialists. These companies include Marriott International, Howard Brown Health, Trustwave, Harpo Studios, and Price Waterhouse, to name a few. Chicago Illinois is also home to some of the finest institutions of higher education like the University of Chicago and Northwestern University, among others.

About three-quarters of Fortune 1000 companies choose to have a business presence in Atlanta, as a regional or local office.

Like everything in Texas, the metropolitan area that makes up Dallas covers a 12-county metroplex. Together, this creates one of the most comprehensive and economically abundant economic centers in the nation. Many security positions in the Dallas metro area are mid to senior-level positions that require critical thinking and outstanding decision-making skills. Job opportunities include that of an Informational Security Director, a Chief Information Security Officer, or an Information Security Auditor, to name just a few

Dallas and its large surrounding metro area is home to JP Morgan Chase, Citibank, Capital One, Dish Network and some of the largest sporting franchises in the world.

In addition to the federal security agencies that offer various security job opportunities in the greater DC metro area, there are also federal protective service jobs (like a federal security officer) in the private sector. These companies include CACI, General Dynamics, or Leidos, to name a few.

Security career specialists can find work as security administrators and security engineers in the government and private sector in Anne Arundel County. It is noted that Fort Meade and Annapolis Maryland have an unusually high and disproportionate number of security information professionals employed in these areas.

It is noted that many jobs in national security and even those in the intelligence community jobs boards are filled by individuals with military experience, especially those who have training as a ranger, SEAL or Green Beret.

It is noted that national security analysts are also in high demand from the private sector, often in think tanks or academic circles. Serious issues like weapons of mass-destruction are discussed and planned for in the protection of the country.

As one would anticipate, the majority of National Security Analyst jobs are located in the greater Washington, D.C., metropolitan area.

Emergency and Disaster Management Careers: All Cities, All States

State By State Guides to Security Degrees and Careers